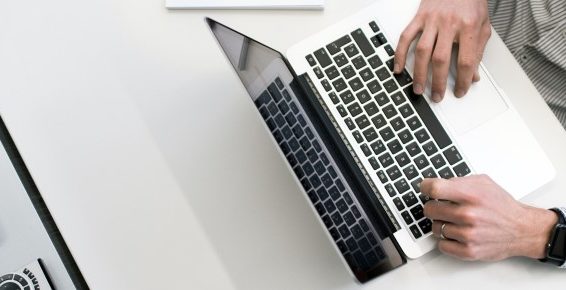 At the end of 2020, according to estimates by the Observatory of the Politecnico di Milano, over six and a half million Italians were engaged in smart working. This phenomenon affects almost all large companies, the majority of Smes and the vast majority of public administrations. A third of the Italian employees switched to agile work (a neologism that is highly inappropriate) during lockdown, between eleven and twelve times more than the workers surveyed in 2019.

Last summer, the mayor of Milan Beppe Sala was very clear about it: «Enough with smart working, let’s get back to work. The cave effect is dangerous». The mayor’s words were, and still are, perfectly understandable for those who, like him, must worry about the social and economic prospects of an organism as complex as a metropolitan city.

Smart working for whom?

Firstly, we need to give the right dimension to the phenomenon. Smart working does not affect the entire community but only a small part of it. It is impossible to think of “teleworking” for the vast majority of Italian workers. It is not a real option for bus drivers, for health workers, for those who work in a factory or in a distribution chain, for those who deliver goods and provide different kinds of services, from bartending to plumbing. And, of course, the list of necessarily “direct” activities would be much longer.

Beppe Sala expressed, then, concern about the possible consequences of smart working, which he saw, and rightly so, as an opportunity that cannot replace indiscriminately normality. The reference is, in the first place, to the constraint that comes from the lack of direct relations, not technologically surrogate, between the people who form a company. And, consequently, to the risks of marginalization that, for them, arise from it.

Costs reduction, as an effect induced by smart working, appeals to many, who see it as a mandatory and definitive organizational model. Currently, however, this happens through a mere shift of costs from the company to the employee. I believe that, when an obligation occurs, the very nature of smart working is someway lost because it requires trust, freedom and responsibility, aimed at maximizing the contribution of the employee.

Ultimately, I can think of the theoretical advantages of this practice for the people: hourly flexibility, greater autonomy, economic and time savings. I’ve already expressed why businesses are fond of it, although I am convinced that behind the immediate flattery of smart working there are also serious risks of inefficiency and instability to reflect upon.

For example, the extension of working time (availability is required without actual limits), the harmful mixture of professional and private (in concept and physical spaces), the weakening of the mechanisms of tutoring and training typically enabled by personal and group relationships.

Also, there are the difficulties caused by the conjunction of smart working and family and home management, distractions, the impact on family life with multiple people connected with different devices in unsuitable environments (from the bedroom to the kitchen), the domestic connection is often inadequate. All these factors tend to widen even more the “digital divide” between class A and class B workers.

The irrepressible nature of business and work

I am hostile to the idea of a company conceived as a set of connecting points. I believe that the often acritical enthusiasm for smart working largely underestimates some elements that, before the pandemic, were of natural importance such as team building and work-life balance or, to put it simply, work and its unavoidable social dimension and the proper relationship between that and people’s private life. It is completely unnatural and harmful to underestimate these aspects.

COVID-19 and its disastrous social effects have led to the widespread and misleading belief that, as an alternative to limited professional groups, smart working can become the cure for every illness we come across. Now, we need to plant our feet back to the ground and figure out how to save the baby and throw away the dirty water, which is a lot.

Michele Caprini – Graduated from the University of Genoa with a thesis in History of Scientific Thought, for thirty years he then held several commercial and marketing responsibilities in the information technology field, both in multinational and Italian companies. Since 2014 he has been providing his expertise to Retex Group, the Italian leader in the field of retail technologies and services, as editorial manager.