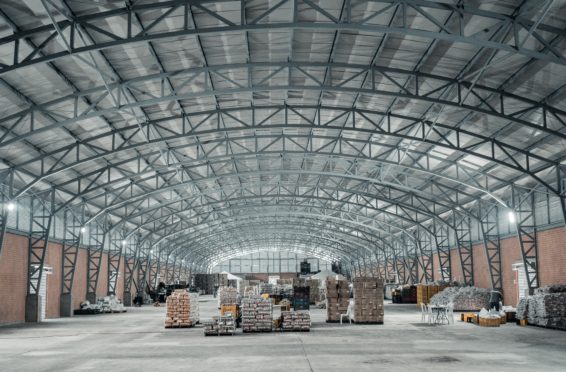 Day 1 and day 2 represent the two essential concepts of retail of Jeff Bezos. The first, ideally endless, corresponds to the typical times and behaviours of a startup, the second to the adverse outcomes of an inadequately managed maturity phase. The appointment of Amazon’s new CEO, Andy Jassy, offers the opportunity to think about the real possibilities of an eternal new beginning and its opposite. Not only for Amazon, but for all retail businesses, especially of our country.

For Amazon it must always be ‘day 1’. Jeff Bezos’ philosophy is not a secret to anyone: the giant online retailer must move with the speed and aggressiveness of a startup, innovate constantly and expand relentlessly, otherwise ‘day 2’ arrives. And that’s when troubles begin.

On 2 February 2021, Amazon released its fourth quarter sales results: $125.56 billion, breaking all records so far. On the same day, the company announced that its founder is stepping down from the CEO position next summer, after almost thirty years in office. He will be replaced by his old partner Andy Jassy, ​​who has been in the company for the last 23 years, creator and head of Amazon Web Services, a global leader in the cloud market and the group’s main money-spinning division. The new CEO will have his work cut out for himself, as getting to run a company that is booming is a frightening task, especially when you look at the perspectives.

The pandemic has accelerated the growth of digital commerce beyond all expectations and normalcy. Taking the American market as an example, online spending reached $861 billion, a share of 21.3% of total retail sales compared to 15.8% in 2019 and 14.3% in 2018 (source: Digital Commerce 360). Had it not been for the increase in online sales due to the pandemic, these sales volumes would not have been reached until 2022. More than five percentage points increase in e-commerce penetration, by far the biggest leap ever recorded in two decades.

A good starting point could be Amazon, with revenues of around $300 billion and which accounts for more than a third of digital sales in the United States. In recent years, no one would have ever thought to dispute the fact that the Seattle company controlled half of it.

As it was reasonable to expect, the constantly accelerating pace of digital innovation is changing the relationships between competitors and even for Amazon, as for any top player, maintaining the same market share over time is impossible. In the third quarter of 2020, Walmart (the largest American and world retailer with revenues of $524 billion and a network of 11,500 stores) recorded a growth in online sales of 79% over the previous year. Even more indicative is the number of downloads of shopping apps, which now sees Walmart closing up on Amazon with 34 million downloads against 41 of the Seattle company. In the meantime, other traditional shopping cart giants such as Target, Kroger and Costco are also carving out a place for themselves in online commerce.

The delivery war which for years has characterized Western retail, has in the case of Amazon responded to a clear objective: Prime excellent service, staggering growth, ever-larger market shares, deferred profits. Growth rates are more important than real profitability, and Wall Street has always been an interested witness and accomplice of this. According to researchers at Sanford C. Bernstein & Company, in 2019 Amazon’s retail business had an operating margin of minus 1%, and Amazon Web Services of plus 26%. Without AWS, there would be no resources to maintain its leadership.

Against this background, it is clear that Amazon’s business model cannot be pursued without the obvious risk of default that this entails for most of the players in the sector. A company that has to show the market a real profit cannot compete with a competitor who can afford to run an unprofitable core business. The success of Prime services, however, will no longer be able to fuel Amazon’s growth at home, as most American families who can afford the annual fee of $120 already used it, and growth will have to be sought on foreign markets, where the game is far from simple.

In Europe, Amazon trails behind local players and occupies only 18th place among the largest retailers and in other geographical areas it is not even present. After 15 years of years of unsuccessful attempts, it gave up on China, after losing the battle against competitors such as Alibaba and JD.com. Even the significant investments made in India are not producing the desired results, due to the government’s protectionist policy. In Latin America, its 3% share of online retail is only one fifth of that held by Argentina’s MercadoLibre. Amazon’s international division, as a whole, has been lossmaking for years.

Even on the domestic front the situation is not the best either. On Jassy’s table there are the many conflicts with politics and social issues as a result of the working conditions in logistics centres, even more serious with respect to the spread of COVID-19. And, as the last itch in order of time, the trustbusters attack relating to the processing of personal data of third parties active on the platform.

“The retail market is fiercely competitive and we have competitors who are larger than us in every country where we operate.” In defending itself against the allegations of attempted monopolization, it is the same Amazon at defining a concept of relativity, also echoed in a letter by Jeff Bezos to shareholders that clashes with the triumphalist or apocalyptic tones that the international press has always used to describe its leadership. By narrowing the observation to a few key numbers, the Seattle company impacts on global e-commerce for 9% of its volumes and 1.7% of global retail (source: Statista). Invincibility is not a tenured position, and the growing awareness of the strategic importance of change is driving retailers to fight in order to gain, or regain, positions. Or not to be ousted, at least: the merciless numbers of American restructuring are an inescapable warning.

Retailers, in turn, will certainly not be able to rest on their laurels and will have to defend themselves from the fierce competition from below. Shopify, a Canadian company that offers small and medium-sized retailers a way to sell online, is as obsessed with the experience it provides to companies who use it as much as Amazon is obsessed with its customers. $6 billion in revenues, 300 million users, 800,000 active sites on the platform are the significant numbers which define without any possibility of error the expansion of digital innovation to the broad base of world commerce. And, behind Shopify, there is the growing importance of platforms and social media on vast areas of local business (BigCommerce, Magento, Woocommerce, Squarespace) and the initiatives of key players in the global competition, such as Salesforce Commerce Cloud.

The lesson learnt from global retail could not be clearer: technology is the enabling factor of competition. In Italy, however, the desire to learn is not shared equally by everyone. In relation to the entire distribution system, Italian domestic e-commerce accounts for 8% of products and less than 11% of services (source: PoliMi Observatory), while in the UK, on last November, it accounted for 36% overall (source: Statista); the Italian market for products sold online (EUR 23 billion) is worth 40% of the French market (EUR 57 billion). Despite the different weight of the two economies, on the basis of comparable values it could be worth EUR 40 billion (source: Digital Commerce 360).

Years after years of pounding and superficial pronouncements about the new customer-centric retail (it is almost embarrassing to repeat it in this day and age) and omnichannel model, did not create the sufficient awareness of the necessity to invest in the technology useful to create it. Trust is placed on the unnatural pandemic growth of large retailing chains as a determining factor of growth, and digital innovation is considered as a complementary fact, which cannot change much the result linked to the traditional operational activity of a supermarket located in a good position. This is the perfect way of moving towards the dreaded ‘day 2’ as defined by Jeff Bezos: “Day 2 is stasis. Followed by irrelevance. Followed by excruciating, painful decline. Followed by death. And that is why it is always Day 1”.

Michele Caprini – Graduated from the University of Genoa with a thesis in History of Scientific Thought, for thirty years he then held several commercial and marketing responsibilities in the information technology field, in multinational and Italian companies. Since 2014 he has been providing his expertise to Retex Group, the Italian leader in the field of retail technologies and services, as editorial manager.